Unlike solar and wind generation, which passively produce electrons and deliver them to the grid when the sun is shining or the wind is blowing, a battery should be actively managed and monitored to deliver optimal performance and value.

Batteries do not generate power; batteries store power. As a result, knowing when to charge and discharge a battery storage system is critical to extracting the most value from a battery asset. In most cases, this means charging when energy is least expensive and discharging when energy is most expensive to reduce costs for the electricity consumer.

The decision about when to discharge an asset is determined by many complex factors, including customer load characteristics, utility rate tariffs, wholesale market pricing, grid peak times, and weather forecasts.

One of the primary uses for battery storage is “peak power shaving” or just “peak shaving.” This involves both predicting and dispatching the battery during grid peaks when electricity is most in demand and therefore most expensive.

While it varies by region, the cost of these “Coincident Demand Peaks” can amount to as much as 70% of a utility bill, creating a significant incentive to use battery power–rather than grid power–during these peaks. The act of predicting and discharging the battery at these hours is called “peak power shaving,” “peak chasing,” or “peak hitting” because it allows a customer to strategically reduce their load during grid peaks with no changes to their operations.

Grid peaks usually occur during the hottest hours of the hottest days, driven by high temperatures and correspondingly high HVAC loads. That’s why the summer months (May through September) are often referred to as “peak season.” That said, not all coincident peaks happen during these hottest months and can be driven by factors beyond ambient temperatures. Therefore, millions of datapoints need to be algorithmically analyzed to determine an optimal dispatch strategy year-round.

Rather than curtail, organizations are increasingly choosing to install a battery storage system which can eliminate peak demand charges through “peak power shaving,” with no impact on operations. A battery that is not effectively operated is just a giant paper weight. That is why a lot of research and development goes into battery storage operations.

Convergent Energy + Power has over a decade of experience developing and operating battery energy storage systems on behalf of businesses and utilities. PEAK IQ®, Convergent’s proprietary asset management platform and suite of optimized dispatch algorithms, accurately predicts grid peaks so businesses can dramatically reduce their energy charges at these times.

When it comes to peak prediction, it literally pays to be right. For example, in Ontario, Canada, the savings from effective peak shaving for large users of electricity are about $90,000 per MW per avoided peak; because there are five peaks per year, the savings can add up to $450,000 per MW per year. How Much Can You Save With Battery Storage?

Battery energy storage systems require active, expert dispatch and monitoring to deliver maximum savings. To learn more about how much you will save with an optimized battery storage solution, please reach out to Convergent today. 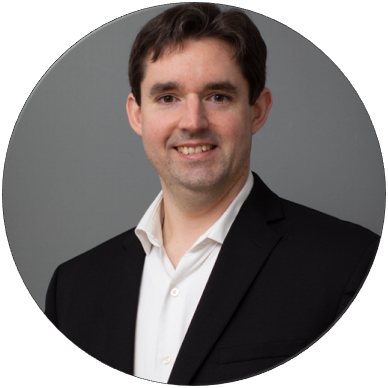 Chief Information and Risk Officer Chris Streeter is responsible for the quantitative analysis of energy markets and grid infrastructure, regulatory and compliance activities, and the design, production, deployment, and maintenance of software systems to optimize storage asset operations and financial returns.