Breaking News: The Inflation Reduction Act is Signed into Law

A federal piece of legislation that is expected to spark record-setting growth in energy storage deployment and climate change mitigation measures was signed into law by President Biden. About a year in the making, the $369 billion Inflation Reduction Act (IRA) is the largest and most ambitious investment in climate action that the nation has ever made.

Tax incentives and declining costs have propelled renewable energy development for over a decade, taking wind and solar from novel technologies to some of the fastest growing sources of new electricity in the nation’s power grid. The foundation of energy storage’s meteoric rise is attributed in part to its eligibility for current tax credits when charged by a solar array, prompting the industry to develop solar-paired storage projects. With the passage of the IRA, energy storage is finally incentivized on its own. 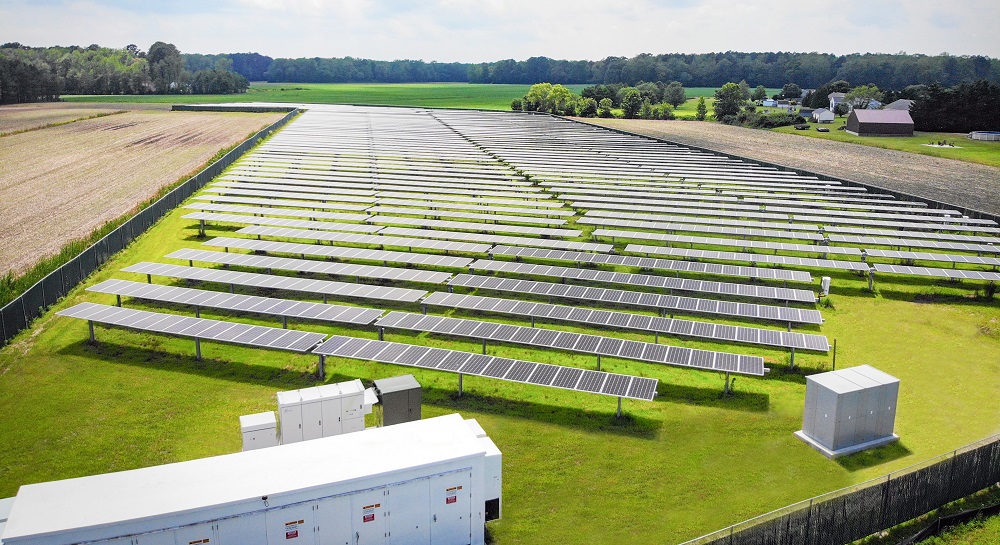 Before the IRA, energy storage made sense in locations where power is more expensive, including New York, California, and New England. The IRA makes sustainable power cheaper everywhere in the United States and, not only that, it creates the regulatory certainty that’s needed for the private sector to invest more heavily in the clean energy transition.

Why is it so Critical to Incentivize Energy Storage?

Energy storage is the linchpin of the clean energy transition. The more renewable energy on the grid, the better—but these resources only produce power when the sun is shining, or the wind is blowing. Energy storage can “firm up” renewable resources, maximizing their value to the grid.

But energy storage has additional value beyond pairing it with renewable resources. Energy storage can reduce the cost of electricity, by storing energy when it is cheapest and discharging the system when energy is most expensive. This can help communities and businesses save costs and carbon emissions at the same time.

In addition, energy storage can increase the reliability of our aging electric grid increasingly strained by climate change, alleviate the need for costly grid upgrades, and provide wholesale market services.

Incentives for Renewables and Energy Storage: Understanding the IRA

With the IRA, policy resources such as the Investment Tax Credit (ITC) and Production Tax Credit (PTC) will allow developers to continue to derive partial tax exemption either annually or as some function of the energy they produce, respectively. The credits have been factored into business models across the industry, allowing projects to be deployed cost-effectively and passing greater benefits along to the communities that host them.

Legislators know that tax incentives for the technologies alone won’t alleviate the logjam in renewable energy deployment, and are using the IRA to drive other policy priorities. In order to capture the “full” advertised value of the tax credits developers must provide prevailing wages and apprenticeships, in effect using present projects to nurture the clean energy workforce of the future. Additive value to a project’s possible tax credits is provided to developers using domestic steel, iron, and other products. This driver, paired with a new “advanced manufacturing production” tax credit available to domestic producers of wind turbines, solar panels, battery cells, and other grid technologies, will better secure the renewable energy supply chain from geopolitical swings, bolster the United States’ manufacturing industry and its workforce, and institute higher cybersecurity and reliability standards for system components.

Other provisions will point renewable energy in areas where their depressive effect on energy costs can drive greater benefits, such as in low-income communities and those previously home to coal-fired generation, coal mines, or brownfields.

A Sea Change for Energy Storage and Our Climate: The Expected Impact of the IRA

Enabling our economy and society to decarbonize must be a national priority. The IRA presents our country with a greater opportunity than ever before to create and grow American jobs while also scaling domestic energy storage.

Importantly, the IRA provides the renewables community with the regulatory certainty to make long-term investments in the clean energy transition that we urgently need. The IRA cements America’s leadership in the face of a crisis that has been ignored for too long. We have been seeing how important climate and decarbonization are to the investment community for several years now, and it is gratifying to see that lawmakers similarly understand their massive importance.

The renewable energy policies in the IRA foster innovation and create a level playing field to compete, and we believe this will greatly benefit the U.S. economy and our planet. We’re extremely proud that the country taking this step toward decarbonization.

Learn More and Connect with Convergent

The IRA means that energy storage is more economical absolutely everywhere across the country, making it the right thing to do for the planet and the bottom line.

To sum it up, the future of energy depends on our ability to store it. We need energy storage to accelerate the clean energy transition, reduce costs, and increase reliability for businesses, utilities, and communities. We need to mitigate the impact that extreme weather events, including hurricanes, have on our grid. And we need to prepare for more stress on our grid infrastructure as result.

To learn more about how an energy storage system or solar-plus-storage (paired solar PV and battery storage) can benefit your business or utility, schedule a free, no-obligation introductory call with our team today.

Find out how much you can lower costs with energy storage.