A big challenge in making renewable energy work with our existing grid has been its dispatchability: the ability to have the energy at the precise time that we need it. The grid requires an exact balance of power produced to power consumed, minute by minute, something few of us think about until we lose power.

Some of the technology we need in order to reach 100% renewable energy is still a work in progress, and the renewables variability problem (i.e. that solar and wind only generate electricity when the sun is shining or wind is blowing) gets more difficult as we get closer to the net-zero future proposed at Glasgow.

Energy storage technology, which allows power to be strategically stored and dispatched (including the storage of renewables), is crucial to a more reliable and renewable-powered grid.

From the hyperventilating of critics who want to stop or slow the clean energy transition, one might get the idea that (1) the dispatchability problem is a new thing and (2) this problem of a reliable, renewable-powered is unsolvable.

To provide some additional context, we inherited a power grid that was built around the strengths and weaknesses of hydro, coal, and nuclear power, which all have quirks that needed to be tamed when those technologies were maturing. 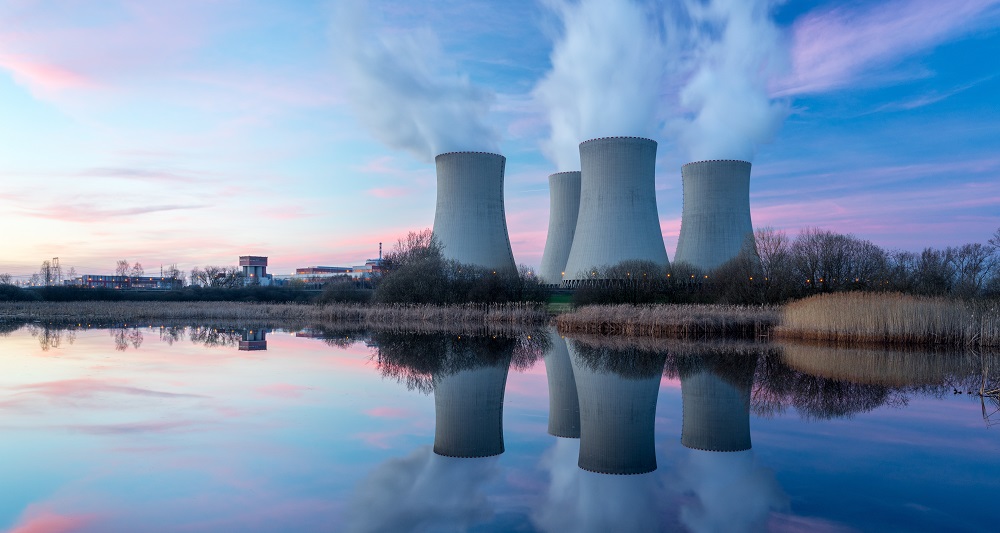 First, let’s chat about nuclear power. To store excess nuclear energy the grid designers of the 1960s hollowed out mountains for reservoirs and built a series of massive dams, all for a process that loses a quarter of the energy it stores every time it operates. Plus, we’re all aware that nuclear energy can have catastrophic consequences. In other words, nuclear is not a perfect source of electricity but we invested in making it work despite its shortcomings.

Second, let’s dive into pump hydro storage (PHS), another significant source of electricity that also has some shortcomings—namely, that it requires a major water source (i.e. it’s only available in certain locations).

PHS is a gravity battery where massive amounts of water are pushed uphill electrically to make potential energy so it can be recovered as electricity later. PHS has been a part of the traditional electricity grid for decades, making money off of “arbitrage,” the difference between night and daytime electricity rates. River-based hydro plants with no reservoir like Niagara Falls do not have to generate electricity 24/7 (like nuclear and other traditional thermal plants like coal), but the river flows at night and delivers free fuel. PHS absorbs the excess power at night and then returns it to the grid during the day. The Blenheim Gilboa pump hydro facility in the Catskill Mountains of New York State, for example, is essentially a 16 gigawatt-hour battery (hundreds of times larger than a typical lithium battery that we’re building even now).

Before modern gas turbines in the 1990s, PHS plants were the fastest-starting electrical generation that existed, coming online in minutes from a dead stop if another plant failed (battery energy storage can inject power onto the grid in sub-seconds). PHS can also regulate the voltage or frequency of the transmission system running as a “synchronous condenser”, which are the same  system balancing services that we are often using batteries for now. So PHS was a controllable swing generation that made balancing the old power grid easier.

The pattern here is that the grid continues to evolve and accommodate new, better, or complementary technologies. Gas turbines replaced some of the functionality of PHS starting in the 1990s and, for the past decade, solar has been killing coal by being cheaper to build and operate and faster to deploy.

Modernizing the Grid: The Role of Energy Storage

Today, it’s the lithium-ion-based battery energy storage systems (BESS) that are shaking up our energy mix. Batteries have cannibalized the storage markets that PHS used to dominate because they are more efficient, versatile, controllable, and can be deployed in varied locations unlike PHS, which requires two large water reservoirs that have an altitude difference of hundreds of feet(!).

Our “just-in-time” grid has evolved—and will continue to evolve—to accommodate the increasing demands that society and the climate crisis place upon it. Battery storage represents the newest, proven technology to address rising electricity costs and renewables integration (i.e. helping “firm up” intermittent renewable generation).

Convergent Energy + Power (Convergent) has been developing energy storage solutions for over a decade, accelerating the clean energy transition. We often like to refer to storage as the “Swiss army knife” of solutions for all it can do for the grid, the most expensive undertaking in human history.

As the climate crisis grows and reducing our carbon footprint becomes increasingly important to all stakeholders, battery storage should be part of any conversation about our energy future. Battery storage is not the entire solution to grid modernization, but it has a critical role to play in the clean energy transition. We should continue to invest in it, and deploy it, at scale.

If you’d like to learn more about how battery storage can reduce your organization’s electricity costs and carbon footprint at the same time, please contact us today.