Climate Change 101: The Science Behind our Warming Planet

Climate is changing, and centuries of data can prove it. As a climate scientist currently pursuing a PhD in atmospheric and oceanic sciences, I spend a lot of my time looking at the data and trends that media outlets and politicians have turned into a (political) battleground.

But there’s nothing political about our reality: temperatures are rising at an alarming rate and, as a result, the earth’s systems that we’ve come to rely on for everything from agriculture to transportation is shifting in a costly, life-threatening, and global way.

I recently had the opportunity to share my expertise with the team at Convergent Energy + Power where I showed some of the data of climate change and helped put it in context. This blog highlights the topics we covered, why we all should be taking climate change more seriously, and what we can expect if we do not.

Climate or Weather: What is the Difference and why it Matters

“How can scientists predict climate if the weather channel’s predictions are hit or miss?” This common question, and misconception, is one that climate scientists hear quite often. We’ve all had this experience: we make plans based on the meteorologist’s predictions to go to the beach over the weekend but by the time the weekend arrives, it’s raining and we have to change our plans. It’s easy to look at weather’s variability the difficulty we have forecasting more than a couple days ahead, and extrapolate that our warming climate is equally variable and challenging to predict.

However, understanding why weather forecasts are variable but we can trust climate projections comes down to the data at the foundation of those predictions.

When climate scientists talk about weather, we are talking about the state of the atmosphere at a particular time and place in terms of variables like precipitation, humidity, temperature, pressure, and cloudiness. Weather is highly variable and can only be predicted within a few days. In fact, weather forecasts are usually updated every six hours.

Climate, on the other hand, refers to the weather that a region experiences over a long period of time and is determined by factors such as the earth’s rotation, solar radiation, and the chemical composition of the atmosphere. Climate scientists define a region’s climate by looking at these long-term weather observations over a period of at least 30 years. In other words, when we talk about climate, we’re looking at persistent patterns over time.

How do We Know that Climate is Changing?

Scientists know that while climate is predictable, that does not mean climate is constant! In fact, data shows that the climate was changing far before humans were on the planet. The difference is that those changes were driven by large scale processes such as adjustments in the angle of the earth’s axis and orbit. Most of the planet’s ice ages, for example, were caused by the changes in the earth’s axis and orbit over time; processes that take more than a couple tens of thousands of years to develop.

These changes in climate were not a product of human activity, through proxies such as ice core samples, tree ring analysis, soil samples from the depths of the oceans and lakes, and even oxygen isotope analysis in the teeth of early humans, scientists have been able to produce paleoclimate reconstructions and paint a detailed picture of the earth’s cadences and shifting cycles. Having this depth of understanding of how climate “works” allows scientists to take the trends we see in the data and create models for what the earth’s future climate could look like.

Greenhouse Gasses and the Climate

The start of the Industrial Revolution, which began in the 1760’s, directly connects to a measurable spike in the release of greenhouse gases into the atmosphere. As a result, scientists have also been able to measure a global temperature increase.

This rise in temperature we are seeing now over the past two hundred years would have taken thousands without human activity. The unprecedented warming, and its impact on the earth’s systems, raised a red flag for scientists in the 1960’s, indicating that something dramatic was happening.

Now, after nearly 30 years of research directly on greenhouse gasses and climate, the scientific community has confidently connected human activities to the changing climate.

The greenhouse effect is a remarkable phenomenon that is the reason life is possible on earth. Different greenhouses gasses like water vapor, methane, carbon dioxide, nitrous oxide, and ozone, that account for ~1% of the chemical composition of the atmosphere, create a blanket that traps and re-emits the outgoing terrestrial radiation back to the surface. Because of this process, the earth’s surface experiences warming. Scientists will often refer to this balance as the Goldilocks Effect, because the composition of gasses in the earth’s atmosphere has been “just right” to sustain life as we know it.

Unfortunately, the same process that makes earth habitable, is behind the unprecedented warming the planet has gone through the last 200 years. What we have now is an enhanced greenhouse effect due to the accumulation of greenhouse gases in the atmosphere, resulting in an excess of energy that is warming the planet, including our oceans, forests, glaciers, and atmosphere.

The IPCC (Intergovernmental Panel on Climate Change) was established in 1988 by the United Nations and the World Meteorological Organization to provide governments with scientific information related to climate change. Every five to six years, the IPCC releases a report that synthesizes the most recent climate change literature and provides a benchmark on the field.

So far, the IPCC has issued six reports and the findings can be boiled down to the following takeaways:

6: Climate change is due to anthropogenic activity; human influence is unequivocal (2021).

Since the first assessment report was released in 1991, 41% of the total carbon dioxide emissions since 1750 have be released into the atmosphere.  In other words, in the last three decades we have emitted almost half of the total CO2 emissions since the industrial revolution, a memorandum that indicates the efforts to reduce greenhouse gases emissions have not been enough. A remarkable innovation from the latest IPCC report, besides the categorical conclusion that climate change is due to human activity, is an online interactive Atlas the anyone with an internet connection can access to visualize the different climate change projections under different scenarios. Visualization of climate change projections, prior to the introduction of the IPCC Interactive Atlas, required downloading large datasets and some knowledge in coding to plot the variables.

Global warming is the first symptom we observed because of the enhanced greenhouse effect, and climate change is the response of the planet to the subsequential excess of energy and warming. As a result of the increasing concentration of greenhouse gases in the atmosphere, we are now seeing consequences beyond the warming of the ocean, air, ice, and land. We are in front of a cascade effect that results in increasing heavy precipitation events, sea level rise, melting glaciers, and disrupted agricultural cycles.

We also know that climate change is felt and seen through extreme events. Hot extremes, for instance, have increased virtually everywhere on earth during the 1950-2020 period.

Across the globe, community members are experiencing more extreme weather events that threaten their livelihood, domestically and internationally. In the last decade in California, drought conditions and heat extremes have fueled wildfires, with a clear pattern for more destructive fires that affect bigger areas over time. The US Gulf and East coast on the other hand, have experienced the most intense hurricane seasons (since records started more than a hundred years ago), in the last two decades. Extreme weather events are occurring more often, and more intensely, something we can all observe even without the help of climate scientists.

Climate scientists use computational climate models based on the physical and chemical mechanisms that rule the Earth system. A very simple way to test if climate models are reliable consist of modelling the past; if simulations are consistent with observations, then we can trust their ability to project the future. Current climate models successfully reproduce the past, matching the intensity and spatial patterns that are observed for the current warming. For climate change projections, different scenarios –that represent different possible futures- are considered. Each of those scenarios consider the different socio-economic pathways humans could follow during the upcoming decades, in terms of greenhouse gases emissions and international cooperation. Climate model simulations project different possible outcomes that are generally referred to as optimistic or pessimistic, according to the different configurations in each scenario.

Are We Too Late? Mitigating the Effects of Climate Change

To get the most comprehensive, accurate understanding of our future, climate scientists run a suite of model simulations based on emission scenarios. Unfortunately, even our most optimistic predictions show that we can’t “go back”. A simple explanation for this conclusion is the fact that carbon dioxide stays in the atmosphere for a very long time (up to a century), so even if we were able to turn off emissions today, the CO2 that is already there will remain in the atmosphere –warming the planet- for a few decades before we could notice a stabilization and eventual reduction of surface temperatures.

While the earth’s climate is already changing, and the impacts are being felt in real time, scientists, businesses, activists, and politicians are coming together to find innovative solutions. The Conference of the Parties (COP26), for example, is a recurring climate summit taking place now (at the time of writing) that brings together the world leaders of the United Nations to find solutions to preventing the average global temperature from rising above 1.5 degrees Celsius.

It is only through joint action and collaboration that a challenge at the scale of climate change can be addressed. Averting further crises requires urgent action at the individual, corporate, and, more importantly, global level. As an individual, the best thing to do is hold businesses and political leaders to account and advocate for immediate actions that will reduce greenhouse gases emissions, including but not limited to support for the clean energy transition.

Santiago Giraldo-Cardenas is a currently pursuing a PhD in Atmospheric and Oceanic Sciences at the University of California Los Angles (UCLA). He is fascinated by hurricanes. 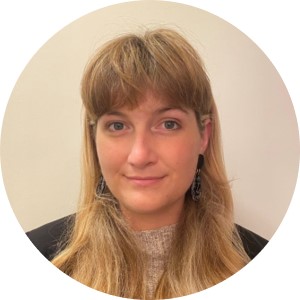 Ivy Gilbert is a Senior Marketing Associate at Convergent Energy + Power. She wrote the first draft of this blog post based on Santiago’s presentation to the Convergent team and has research experience in Earth Sciences.